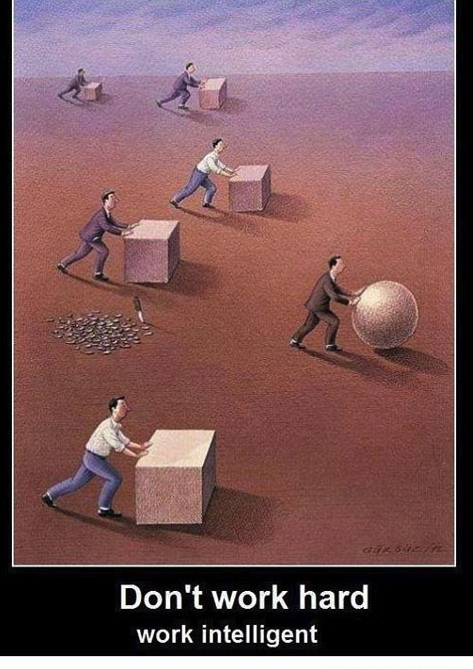 Ever Seen The Head-Bangers In The Window Seal?

WARNING: This may be another uncomfortable story!  (And it ain’t about Punk Rock flies!)

We’ve all seen ’em… those dead flies in the window seal.

I was sitting there thinking, “how horrible that is…”

If only they knew.

Well — (like the fly in the window situation) — the tiniest “shift” or course correction can truly change the game.

Without the right approach, Mr. Fly is pretty much “dead man flying”.

Time is not on his side.

His vision of freedom is RIGHT THERE through the glass, but it will never be achieved no matter how hard he tries.

A lot of hard work. A valiant effort…

But his approach for freedom is never gonna work. He’s just not getting it.

He is unconsciously incompetent.

I walk away and hope he figures out a better route.

Later I come back, and there he is, still bashing his head against the window. How futile, I think to myself…

It could all be so simple, but there’s a catch.

As humans, we hate the idea of being “wrong”.

I mean think about it: Do YOU like to be wrong?

So as it happens, our ego does not like to admit it.

Is what you’re doing currently for work really working to get you to where you want to go?

I’m so grateful for the people who challenged my limiting beliefs and bad patterns… and actually asked me some meaningful questions that made me THINK.

And now I realize that my mentors had gone out of their way to grab my attention, shake me up and show me the right ways so I didn’t have to bang my head against the wall, over and over again.

I was working way too d*mn hard, running around, traveling all over cities, states, and even countries.

I was working like a chicken with it’s head cut off instead of having more quality time with my kids.

Now back to the flies…

Most of Mr. Fly’s other friends won’t figure it out fast enough either. —->

They’ll spend the best time of their life trying harder and harder, working on something that clearly didn’t work.

Their goal of financial freedom was noble, but they never had a chance.

A lack of clear direction and information kept them from their dreams and vision.

Trying “Harder” Can Absolutely Sabotage You

When my kids fail at something or don’t get the results they want, and they begin to complain or think about quitting, I say, (like most parents), “If at first you don’t succeed, try, try, again. Don’t give up too easily, persistence pays off in the end.”

However, I could be lying.

Because it really depends on your position. Persistence has it’s limitations, and it doesn’t always work.

Don’t get me wrong, I am a huge believer in the power of persistence, but the persistent fly trying hard to break through the window is a perfect analogy for making money as an employee or traditional business owner.

Working For Linear Income Won’t Get You Free

Each time he was laid off, he went right back to looking for the next job, as if anything would change for him.

Each time he found work, the company in which he was employed went through more “changes”, and he was laid off again.

He’s had 2 and even 3 jobs. It still didn’t work. Like the fly, he too, continues to bash his head on that window, and still hasn’t found a life of financial or time freedom.

Simple fact is, you can’t have your own dreams, if you spend all of your time building the dreams of someone else. Not to mention getting taxed to death as a W-2 employee.

I’ve never seen anyone create financial freedom or stability by earning a salary/wage.

Window “Paining” With Your Small Business

What does Albert Einstein call insanity?
Doing the same thing over and over again and over again, expecting a different result every time.

The fly in my house, my friend John and most entrepreneurs are INSANE.

What if you could finally find the “wide open window” that actually allowed you to achieve your business goals and lifestyle?

What if you just couldn’t see it before, because you’ve been programmed to focus on only one (old school) linear way to generate income?

What if the strategies that worked for your business 10-15 years ago, are now obsolete, and don’t work for today’s business?

The new strategies have everything to do with Social Commerce and leveraging social media. And it can all be done with a laptop (or even a smartphone), all from home.

Wouldn’t that feel a lot better than breaking your back to build the dreams of someone else?

Did you know that Facebook helps you find out where your perfect clients and customers hang out, so you can get the RIGHT information in front of the RIGHT audience?

You can engage and build a relationship with them, all at the same time, so you actually have passive strategies working FOR you while you’re not at work, so you SAVE yourself a ton of time?

What if all your eggs were no longer in one dangerous basket because you found out how to generate multiple streams of income, 24-7, from all over the world?

What if it wasn’t “too good to be true” and you discovered real tactics and strategies that generated recurring online income, in less time and with less effort than a traditional job or small business?

What if this income actually allowed you to be work FROM HOME and choose your own schedule?

You know what you must do…

For 15 years of my life, like the fly, I also used my body to try and forge my escape.

My business plans were not actually gonna get me what I really wanted:

And finally I had clarity. I decided I must again come out of my comfort zone so I could find a different (better, faster, more efficient) path to reach my lifestyle goals.

When I stopped to think of the fly’s perspective:

They just don’t know the difference between an open and closed window.

(Many times, we humans do the same thing. We kinda have “tunnel vision”, with only our own perspective).

“The only thing about a man that is a man…is his mind. Everything else you can find in a pig or a horse.”

If you are not using the higher faculties of your mind to craft creative solutions to your challenges, you will be no better off than a pig, or a horse, (or a fly in a window).

You have the power to see, do, and accomplish anything you could ever want in your life and your business.

If you’ve been trying hard and trying harder isn’t working, may I suggest a different approach?

Just as the fly would be very uncomfortable with me “shooing him out” an open window, it was for his own good.

In my opinion, this is how we help so many people…

The “old” ways of building a business are dead and most traditional business owners are struggling.

If I wouldn’t have stopped and suspended by disbelief for a moment, I would have ended up like all the other dead flies in the window.

The good thing is, we all have choice.

From experience, I know…

It Pays To Be Cutting Edge

Picture yourself waking up and seeing you have reached 120,000 people while you were snowboarding (or sleeping).

Imagine building business 5 times faster, with more efficiency, and less time consumption, while generating multiple channels of income from anywhere in the world.

Do you think that investing the time to learn a few new approaches for “more fishing poles in the water” would help you achieve the next level in your business and the life that you’re really looking for?

You Are One Move Away

Now, if you’re like I was, and not sure where to start, but you are coach-able and open to discovering these solutions my wife Mari and I have used, I will show you the path….

Welcome to the next level!

The World Is Yours, M.

Marco
Marc Frank Montoya was a world-class international professional snowboarder for over 17 years. After living a higher quality lifestyle, there was no possibility of going back to the "normal" way of living. The next logical step was going into business, but he quickly realized the stress, risk, responsibility and lack of time freedom of small business. Most painful of all was the lack of quality time with his kids. Searching for solutions and investing into personal and financial development, he found the world of Online Business and Financial Education. *("Done wrong, it's a nightmare. Done RIGHT it's a DREAM".) He now helps entrepreneurial-minded people build their businesses online, protect their assets and compound their income and results, from anywhere in the world using the Secret Weapons of the Wealthy 1%. If you're looking to take your life and business to the next level, get courageous! Reach out! "The Secret Weapons of the 1% - Different Money Rules... with Style!"
Recommended Posts